Let’s be clear: Vaccines do not cause autism.

This myth, which numerous scientific studies have debunked, started because of one highly flawed study. 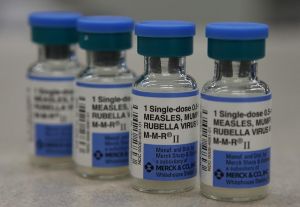 However, the study was highly flawed. Follow-up studies were unable to reproduce Wakefield’s findings. Furthermore, in 2004, it was discovered that Wakefield had selected his sample children from a group of families who were preparing to sue a maker of the MMR vaccine. 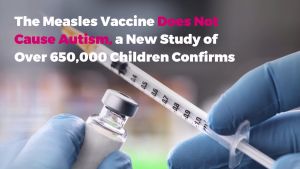 This conflict of interest caused the Lancet to retract the Wakefield article. Their retraction stated:

“We wish to make it clear that in this paper, no causal link was established between (the) vaccine and autism, as the data were insufficient. However, the possibility of such a link was raised, and consequent events have had major implications for public health. Because of this, we consider now is the appropriate time that we should together formally retract the interpretation placed upon these findings in the paper, according to precedent.”

In April 2015, the Journal of the American Medical Association published the most extensive study to date. Researchers in this study analyzed the health records of over 95,000 children, with nearly 2,000 of those children considered to be at risk for autism because they had an older sibling already diagnosed with autism. The study confirmed that the measles-mumps-rubella (MMR) vaccine did not increase the risk for autism spectrum disorder.

Jim Matthews BCBA / About Author
Jim is the Executive Director of SOAR Behavior Services. He is a Board Certified Behavior Analyst and School Psychologist. He lives in Spokane, WA with his wife and two kids. He's proud to have a child with a hearing impairment and has dedicated his career to helping children with disabilities.
More posts by Jim Matthews BCBA